I think we have all seen Dirty Jobs with Mike Rowe or one of its repeats.  I love what Mike did with that series on the Discovery Channel. He did the work that a lot of us didn’t know even existed, and if we did, we would rather starve to death. But then again, if you get hungry, I mean really hungry, you’ll eat anything. I hate pizza. I think it’s gross. And one night while I was out snowmobiling I put the last of my coin into the gas tank. The guys I was riding with bought a pizza. I was so hungry, and had no cash left, I ate a slice. Now, I know you are thinking – big deal he was forced to eat a slice of pizza. I sure as hell wasn’t going to die, the human body can go for three weeks without food. But it showed me that even after a day without eating, you can get really hungry, and that night, the pizza wasn’t so bad.

Well, Mike did some things that brought tears to my eyes just watching it from the comfort of home. It was filmed months prior. One of the things that Mr. Rowe has going for him that I particularly enjoy is his extremely diverse and firm grasp of the English language. One of my favorite words is “dichotomy“. I hadn’t heard it before. I had to look it up. Good word, plenty of uses.

Tonight I was surfing through some YouTube videos and stumbled along a 2009 TED talk and watched Mike’s clip. He mentioned a couple other words I had never heard of. Both of which I paused the video for and looked up, even though he defined them for the audience. I can see you now – what are they? “Anagnorisis” and “peripetia”. I am not going to define them, nor put in a link to their definition like I did for dichotomy. Your parents or teacher would tell you to look them up. You’ll remember them better that way.

During the last few minutes of his presentation, he discussed the need for blue collar workers, the need for students to enroll in trade schools. This was back in 2009 mind you, and the need has grown even more dire. Take a look around, the infrastructure is falling to pieces. Very few buildings were built like a brick shit house of the early 20th century in the boom of the industrial revolution. Bridges have a shelf life. Schools, firehouses, churches, and the  like all have service lives and have to be renovated, or razed and rebuilt. Kids today are being taught to find a path to college. That’s where they will make the money they desire to have the American dream firmly in their grasp. I know people with Masters degrees that have a full-time job not in their field of study, making substantially less than they anticipated and sometimes a part-time job to help pay off the enormous college loans. The American dream is some distance down the road for these folks. I wish there were trade schools such as UTI or Wyotech when I was of college age. And I wish I had attempted to enter the military sooner.

Anyway, HERE is the video of Mike giving his TED talk back in aught-nine. 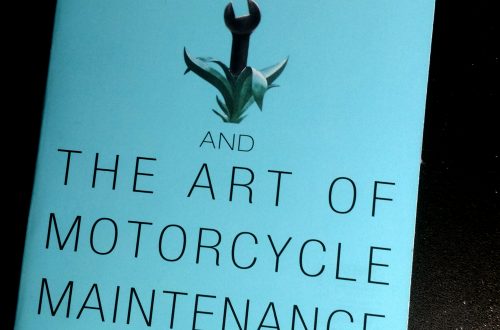