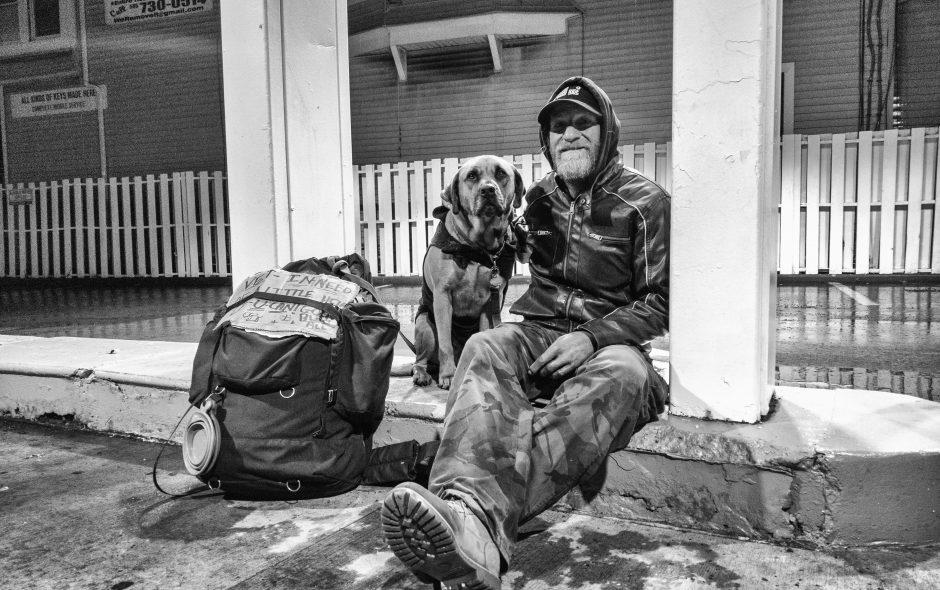 Tonight (4/20) my partner and I were posted at Lake and Ridgeway in between calls in the continuous monotony of rain. We were both on the tired side of the weather, and so I parked under the canopy that used to have fuel pumps, now just a vacuum. Under the same canopy sat an older guy, clad in a worn leather jacket with a large backpack at his side along with a nice looking dog with a coat on.

His backpack held a weathered cardboard sign with a message scrawled in marker that said something along the lines of “help a vet in tough times”.

I typically do not give anything to panhandlers. I have found that they just go use the money for liquor, drugs, anything besides what was intended, i.e. food, drink, a shower, a bed. It’s not that I don’t have a heart, it’s I have just seen it abused so much. Is it right to judge one homeless man because of the rest I have encountered? I don’t know the answer to that, but I do know that my partner was going to give him money. She had $2, and asked if I had any. I don’t usually carry any cash, but today I had another $2 that I gave to her. I decided to take a walk over with her and hear his story. 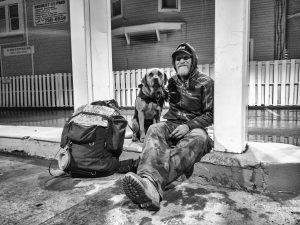 With some skepticism, I started to listen.

Turns out he was a Navy man, a boiler technician- no longer an MOS for the Navy, but he was stationed on a ship when we invaded Grenada back in the 80’s. After his service, he spent 27 years fishing for shrimp in the south. His lowest paycheck for a 3 month stint was $27,000. He said it wasn’t hard work because he enjoyed it. Substance abuse was mixed in, a now ex-wife, children and grandchildren.

He also spent a lot of time traveling the country by freight train. He always has had a canine companion. The pooch that was so loyal to him tonight was named “Cujo” by his grandson. Craig is quick to admit that his furry best friend is cared for better than he cares for himself. It was obvious too. Craig was dressed in weathered clothes, some rips and tears, his face with weather worn wrinkles and missing teeth. Fo a homeless guy in a rainstorm he was pretty upbeat.

Cujo hopped trains with him for a couple years, but he’s since given up that mode of transportation. He said laughing he “may have left his heart in San Francisco, but he left his middle finger in San Antonio” – it was torn off by a train incident.

He has been in Rochester before, but got “some itchy feet” and needed to take a trip. He just returned from Michigan where he made peace and buried the hatchet with his sister. Tomorrow he is going to his ex-wife’s place in Sodus. He had admitted to using several illicit drugs, but said he’s been clean for over two years and likes it that way.

I asked him if he had registered with the VA so he could get some medical care. He had, and now has a pacemaker, though the medicine’s he is supposed to have he doesn’t. Craig was going to get some more food for his seven year old rescue dog from Lollypop Farm and maybe a little something for his stomach and then camp under the bridge for the night. I had half a sub left over, and went and got it for him. I said it isn’t much, but at least it some food for you too.

We watched him gather up some dry cardboard, and headed off into the night, Cujo right by his side.

Was his story the truth? I don’t know. Was he a vet? I couldn’t tell you. Was he clean? No idea. They say that the eyes are the window to the soul. I looked into his, and there was still life left in there. He let me take his picture, and I want to hope that he is living life on his terms, the way he wants to. I don’t know if I would help a another panhandler, but on a rainy, nasty night, at least we helped another human being get through another part of his day.

Postscript; Do you ever wonder what happened in a guy’s life for him to get into the place we found him tonight? He had served his country, he worked at a good and decent job for 27 years. He was married with children. He was completely intact with body and mind (save that one digit back in San Antonio). What was the event, or the chain of events that caused him to fade into homelessness? I wonder if he liked the freedom that it allowed him. I wonder what his parents were like, and how his childhood shaped him. 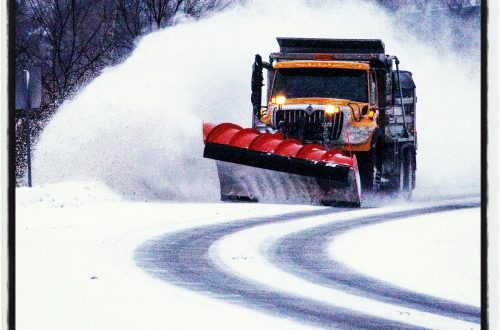 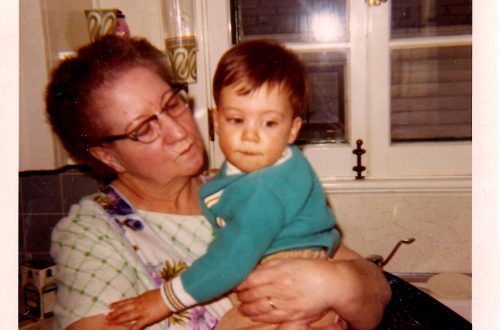