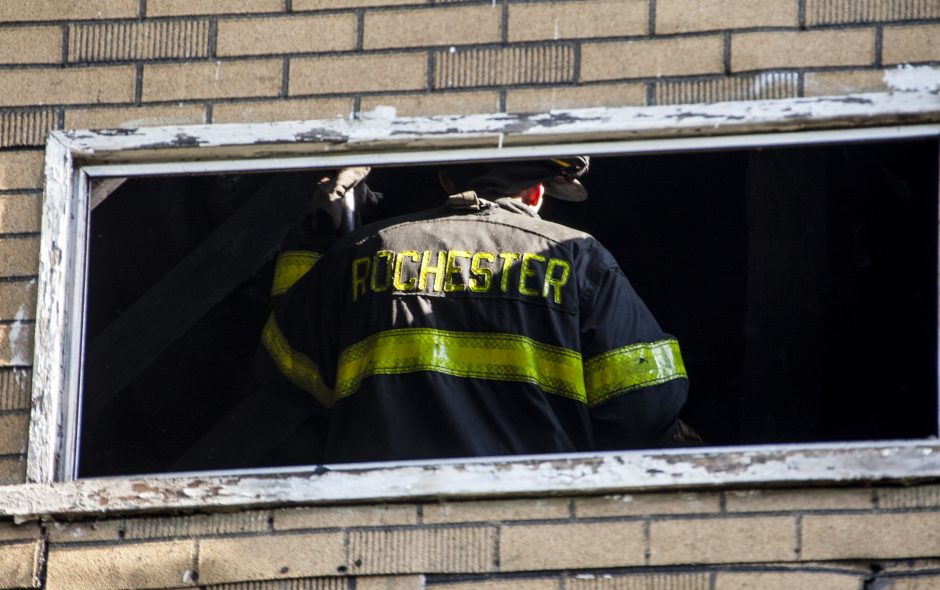 The Rochester Fire Department IAFF 1071 Group 4 was dispatched from multiple calls to 911 for a vacant house on fire. Initial report was nothing showing followed by the confirmation of a working fire. Channel 2 was secured and companies went to work. The fire was under control in 20 minutes and the channel released. Overhaul took some time including finishing removing the chimney as it was structurally unsound. AMR Rochester was on scene rehabbing firefighters in the mid 80’s heat and sun. The fire is under investigation by the Fire Investigation Unit. Rochester Police shut traffic down for about an hour. 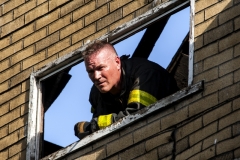 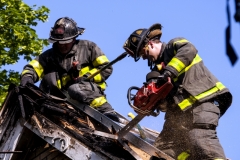 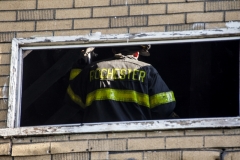 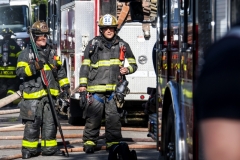 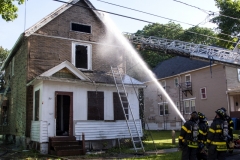 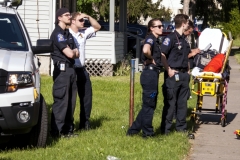 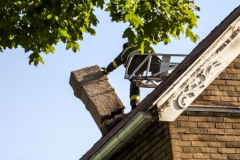 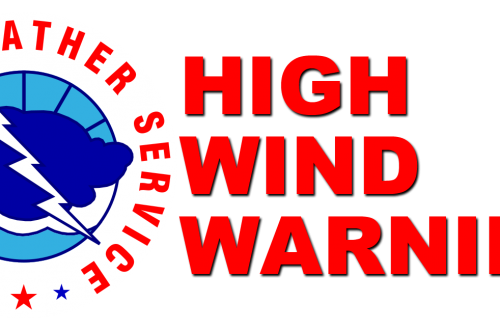 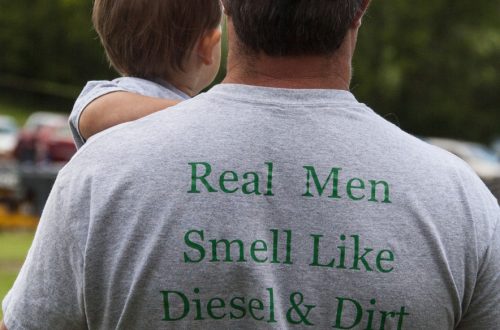