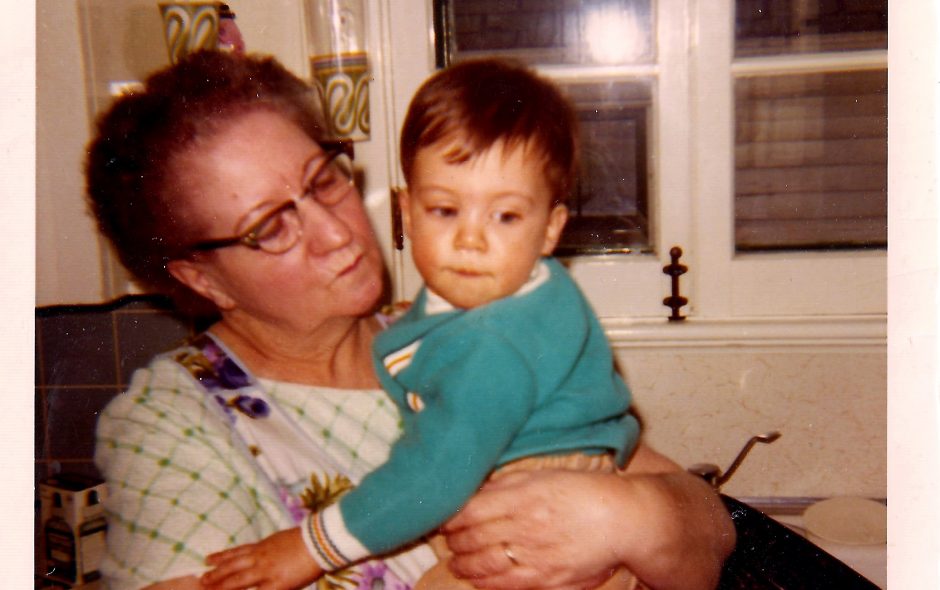 My first Thanksgiving without either of my parents. Mom went home to the Lord back in ’93. Dad, Mike, and myself made the best of what we could, but nothing will ever compare to the Thanksgiving feasts as a child.

On the Wednesday before the day of eating so much of that home cooked food, mom and dad would pack dad’s car (always a small, cramped commuter style) and we would hear each of our names called over the PA system to report to the main office. It was jail break time! I didn’t feel any remorse for the classmates that remained behind. This was the begining of four days of time in the north country. I loved it there. Everything about it. The old houses, the streets, the small pharmacy’s (one of which still employed a soda jerk). We went to mass sometimes on the Army base. Grandma, Aunt Janice and Uncle Tom who was one of the coolest guys I had ever met and my two cousins. They were older than us, so we didn’t play too much. Every now and then they would take us someplace with them. Our family was from West Carthage, if you crossed the bridge to “overtown” into Carthage proper, it was a quaint little village. Black River seemed to be enormous – though when I see it now, it is not that big..

It was always a joy to visit up there. Most of the years by then, it would have snowed. Sometimes leaving feet of it. One time it snowed so hard as we drive up 81 it was already dark because we creeped along. Dad had nerves of steel. Not any amount of snow ever bothered him. he was a very good driver. The only accident he told me about was when he borrowed his dad’s brand new car. Some guy that was more than impaired whacked dad good, right on Main St. Dad was pissed! Back then they had one village police officer – Ralph. It’s a good thing Ralph showed up in seconds because the offender was about to be handed down some street justice from my dad. He was huge, but he had some hands that I was whalloped by later on in life. Ralph told dad to get back in the car and take it home, he would explain it to my grandfather when he was done.

My dad always said he had a baseball card collection that was to die for. All of the greats. You name them, he had them. He never could verify what happened to them, so each year my brother and I would tear the place apart looking for them.

Then in the back lot, next to the church was the old firehouse. When that siren sounded there was no way in hell anyone was still sleeping. It shook the leaded glass windows.

Uncle Tom would be up at 04:00 or 05:00 to get the bird and put it in the oven. It was always 23 or more pounds. We all had leftovers for a week. To me nine of us sitting around the table for dinner was heaven. So much food. Everyone pitched in to help prep, set the table, pickup, do the dishes. Then there was football to watch. I didn’t know too much about the game back then, but dad and Uncle Tom did. It was fun to do for while until I got too tired and crawled into bed. The next days were filled by getting up earlier than anyone else. That was a boring time of the day for me. I was an early riser. No one else seemed to be as happy as me to be there. Then grandma would could breakfast. And later in the day she would make her world famous fried cakes. Damn they were good. I have never had one that tastes as good since. Dad used to say it was because she used all of the grease from the bacon and eggs to fry them in. That recipe is nowhere to be found,

We would sometime go to the local bowling alley. In my memory it was kinda like out of one of today’s TV shows. We would maybe play a little basketball, and if we really ran out of things to do, mom would point us in the right direction. They sat around all afternoon playing bridge. A very small dining room and both my parents smoked, plus Uncle Tom puffed away on a big ole cigar. He had the coolest accent and way with words. I remember him having a tattoo on the anterior aspect of his right forearm. I never knew what it was until later and I learned he was a Navy Corpsman. One year, when we were old enough, he introduced us to a .22 rifle out at his friends farm. We took turns at a target until it was too dark to see anymore. I thought it was the coolest thing ever, no one else shared my enthusiasm.

We always left on Sunday after breakfast. I didn’t know the name of the roads, but I knew where we were. There was an enormous sledding hill heading out of Champion I think. I begged sometimes to let us try it out. The car ride home always seemed to take longer than getting there. Even longer if dad didn’t take the expressway. And for two kids in the back of a small car with both of your parents smoking, it was really long. We would plead with them to crack the windows. We were lucky if it was wide enough to stick our inky through. A couple of his cars had swing out vent windows in the back. We took full advantage of those but always pulled our shirts up over our nose for some kind of filter when they lit up.

Up until right this second I couldn’t remember why we stopped going. Grandma passed on in ’91 I think, then mom in ’93. Those were the best Thanksgivings ever. We tried having them at my house a couple years, we tried at my brothers a couple years – but they were never the same. Dad and I would have some type of turkey if I wasn’t working, or he would get invited to someone’s house.

It was never about the food. I mean we had turkey at other times of the year too. NO, it was about going to the north country, dad’s hometown, the gathering of great people, telling great stories, having great times. You didn’t know it, but they would never be duplicated again. This year was even harder without dad. I promised him that I would do whatever I could to keep Mike and I together. Mike asked several times for me to come over this year. I wasn’t really in the mood to go anywhere truth be told. I had invites so I wasn’t left alone, but that is kinda how I wanted it this year. The drive to my brother’s was the same way I would ride over in dad’s car. he would smoke a cigarette or two, but I didn’t mind as I used to. The drive was memory inducing of everything I did with dad. So many wonderful stories.

When I was younger everyone always told me how great of a guy he was. I never could see how. That’s because he was being my dad, and not my friend. He was seeing that I learned how to live life. How to do it on my own. In the last couple of years I got to see the cool part of my dad. I think partially because we had both grown older. We had mutual friends now. It was all good. The last few nights he was alive but drugged out, I would lay on the bed next to him and tell him what a good job he did raising us, being a dad, being a husband. I told him about all of the stories I could remember. i thanked him so many times fo the life he had given me. I am one lucky guy. I mean I hit the jackpot. I promised him that Mike and I would look out for one another. We would try our best to get along. They say that the last sense to go is hearing, so I told him all of these things for several nights. And because I hold his name, I respect him, I honor him, I made the decision to go to Mike’s today. I told dad I would and I knew he would want us to.

Thanksgiving has changed since I was a young lad. The food is still good. But it’s the people you spend it with that makes it worthwhile. We knew it was supposed to be a small gathering because of COVID, so that was discussed and I didn’t go anywhere. Mike’s wife said we should say what we are thankful for. Today I was thankful for my brother and he the same for me. No, we haven’t been that close for some years now. But I need to try and honor my dad, and tell my nieces and nephews about their grandfather that was such a great guy. Damn, I miss him terribly. 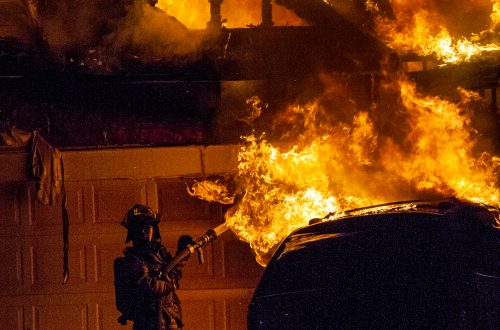