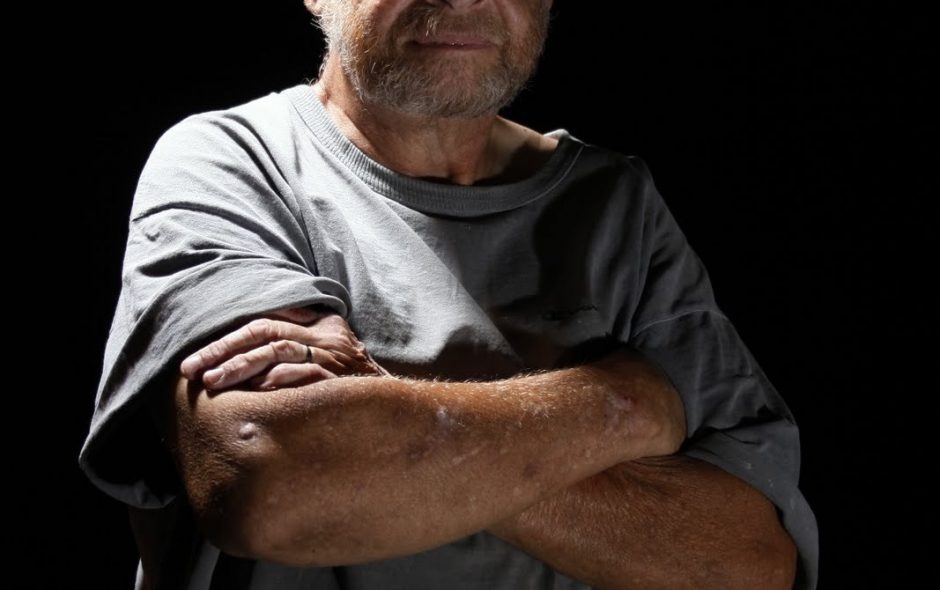 As you get older, losing friends and relatives becomes more frequent. It is just a fact of life, and death for that matter. We get to know more people and families usually grow. But the loss of a friend is still a difficult emotion to bear.

Moose; and I don’t use quotations because pretty much everyone knows him by that name. His given name was Stephen Jamieson.  He was crass and sometimes lacked any couth. He had zero filters. His reddish beard and oft dirty dungarees harken back to when he was a mechanic. Most people referred to him as “rough around the edges” kinda guy. 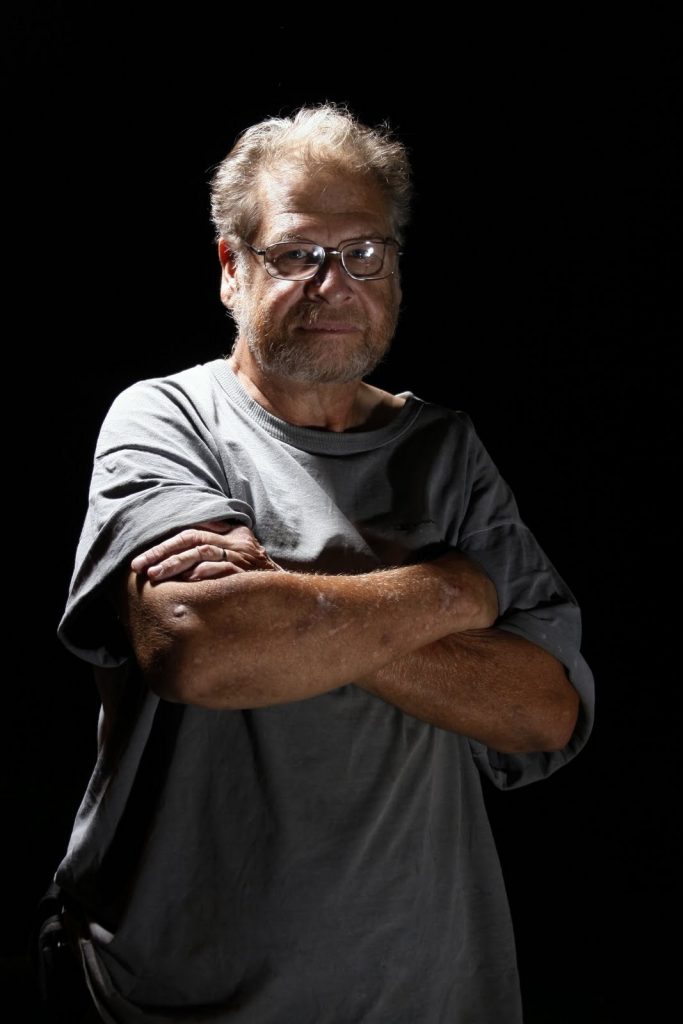 I met this guy when I was an explorer in the mid 80’s and we despised each other when I was a probie and he was the Company One Captain. I was a punk kid who was not very good at following orders. He was working for the phone company at the time as a mechanic. He drove this late 70’s Bronco with a couple of blue lights in the grill. Looking back, that truck suited him just perfectly.

After that, he had a welding injury that left him with a below the knee amputation. He eventually came back to the fire department, number 43 on the gear rack. He had mellowed out a bit, but still lacked some of the couth. His filters were still decidedly in the broken state, and the parts were on backorder. Nevertheless, we managed to see eye to eye, and since he could no longer work, he was up at the firehouse a lot. When the yearly inspections came around, he cleaned and spray painted everything.

One time we went on an EMS call for a intoxicated guy with a busted leg. He didn’t want to go to the hospital. I sat there for 20 minutes trying to talk some sense into this guy, but he wasn’t having it. I had my Maglight at the time, and I said “you don’t want to end up like this guy do you?” as I banged on Moose’s prosthetic leg which resulted in a clang of sorts. His eyes bugged open and he went to the hospital without any further discussion.

The guy had a heart of gold. One time I needed a porta power for a project I was working on. He gave me his, and later, after I got married said I could keep it as a gift. He would give you the shirt off his back if you needed it. He spent countless hours at the FD moving trucks around for maintenance, and taught guys how to pump. It took too long to strap his leg on to go on fire calls, so he would stay up late at night in his chair. On the flip side, you rarely saw him in the morning. He helped me with setting up banquets and whatever anyone needed. He never thought of himself first.  He loved all kinds of dogs, even taking in rescues and playing with anyone who brought their pooch up. He took care of guys dogs when they were away or a long day at the office.

Many may wonder; why Moose? Well, as the way he tells it he was driving through the old zoo; now Durand Eastman Park, at night, and encountered a Moose in the roadway which for whatever reason he could not avoid. As I recall, he sustained minor injuries, but totalled whatever car he was driving.

After some years went by, we had somehow or another started greeting each other with a “fuck you Moose” and a “fuck you too John”. It was just how we did it. It worked for us, but when a new guy was there and we said “hello” to each other, I’m pretty sure they thought we were going to throw down and duke it out. We would meet Sunday night’s for a few years on Sunday nights and watch Axe Men on the Discovery channel and sometimes American Chopper. We had lots and lots of laughs.

A guy with 1.5 legs would legs would grab the snowblower and keep the walkways clear in the middle of a snowstorm. It may have slowed him down a touch, but not much.

And then one of the hardest things I had to do as an officer. We got dispatched in the late evening for a Code 2 response. I don’t remember exactly what the call was for, but Moose had a CDL and had a job driving all over the country fixing digger derricks and other such equipment. He knew how to drive. On this call, and a few before it made me understand that everyone gets older. He drove right through some branches and the popped over the curb. He didn’t even see it. I was the  Captain now, and I asked him to join me in the office. He confirmed he had no idea. I said Moose, as the captain, and you as the driver, we have a responsibility to the crew, their families and the department. I could not in good conscious let him continue driving and I would have him meet with the powers that be. He was devastated and I expected a lot of push back. He didn’t. I think he knew, but it hurt him. A terrible thing to a brother firefighter and friend, but not all decisions are pleasing.

In the picture accompanying this story, I had borrowed some off camera strobes from a friend and was experimenting.  He was watching TV and I asked him if he would just stand outside for a few minutes while I played around. He knew my passion for photography and kindly obliged my odd request. Turns out, this is one of my favorite portraits I have ever taken. Who knew?

Moose went through a couple wives (they are both deceased), adopted two kids, lived through two of his houses being destroyed by fire, and lost part of his leg, amongst other tragedies. He certainly had lived a life of the uncommon man with the now uncommon values to be faithful to his wife, provide for his family, give back to the community, be a great friend, and deep down had the heart of the shiniest gold that ever glittered. You just had to stick around him long enough to see it. When you did, it was of a brilliant radiance.  Our friend Scott also saw this light shining through. Scott saw him much more than I did, and stuck by his side through thick and thin. People actually had the audacity to ask Scott why Moose was his friend. I say it’s none of their damned business – I don’t know what Scott said. I too looked up to Scott and loved getting to sit at a table someplace and listen to the day to day lives and strange stories. Moose may have concocted some of them, but in the end, who cares. They were entertaining, we smiled, we laughed. I will remember.

This wasn’t the way I wanted to be awoken today. The last couple of years of his life were tumultuous. He was, in medical terms, failing to thrive. Lacking healthcare to which I called adult protectives. We tried everything we could do to get him back to his old self. As I understand it, he spent most of the last part of his life in a bed in the corner bedroom, all but forgotten; except for Scott and myself.

I think what bothers me the most, aside from getting to have coffee and tell stories is that he had led such a strange but continuously active life, and then to be ignored at the end.

At least his suffering is over, and he has most assuredly been greeted with open arms by St. Peter. We now have another guardian angel to watch over us. Moose was 70 years old.

An author’s note; I hate funerals, calling hours, wakes and what have you. I think I have been to perhaps three or four since my mom passed. Some people have told me it is disrespectful. My mom used to say that if people wanted to see her, they should come when they can talk to her. I am pretty sure the last one I attended was for former firefighter Bob Haak. I was one of the honor guards that stood at attention while guests paid their last respects. When I know someone, or they have made an impact in my life, I prefer writing about them. Some of my photographs of people have been used to remember our friends and family called home to the Lord. I find that my images and writings help me cope, to leave my thoughts about them, to be more beneficial to me and the community to which they were known. 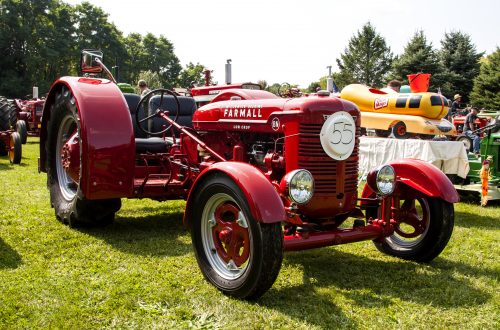